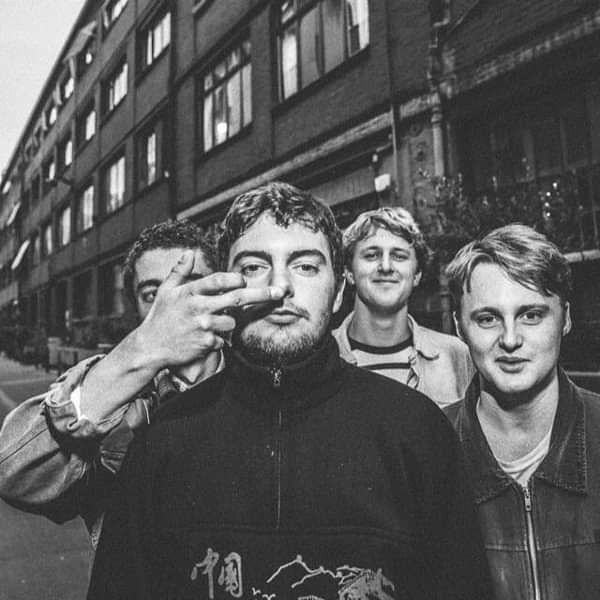 Formed in 2016, Vintage Crop are the latest export from Australia’s punk & garage rock capital; Geelong. The town has spawned Ausmuteants, The Frowning Clouds & The Living Eyes before them, with each of those bands (and their offshoots) taking turns in moulding Vintage Crop’s sound.

The 4-piece first took life in the form of TV Organs, a 9 track tape released in early 2017. The tape was recorded by Billy Gardner (Ausmuteants, Anti-Fade Records) before being mixed & mastered by Mikey Young (Total Control, Eddy Current Suppression Ring). The release secured the band shows alongside The Living Eyes, NOTS & a slot on King Gizzard’s curated festival - Gizzfest. The band also caught the attention of French record label Polaks Records, who have since re-issued the tape on vinyl.

Not ones to rest, Vintage Crop followed up the tape less than a year later with New Age - 12 tracks of fun-poking, sarcasm & bad attitudes. The band returned with fresh guitar tones and stories of garden gnomes & alien misadventures, a much darker and layered effort. Once again overseen by Gardner and Young, the band tracked the entire album in one 10 hour session. Vintage Crop spent the remainder of 2018 touring around Australia and playing alongside Hank Wood & The Hammerheads, Perverts Again & Ausmuteants.

Now the band bring their brand of brash, sarcastic punk to Europe; finally expanding their diets and geographical knowledge. The month-long tour is in support of their latest effort, Company Man, a 4 track EP that explores life in a suit & tie. Company Man is inundated with the same nervous energy that drove New Age, sharp guitars and unsteady riffs - a claustrophobic space further impinged by the everyday grind.